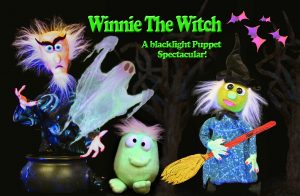 A Black-Light Puppet Spectacular!Winnie the Witch Loves Halloween, especially the candy! One her way to pick up sweets on Candy Island she discovers Willard the Wizard trying to ruin Halloween by making the World’s Candy Supply taste like Brussels sprouts. With the help of the audience and her trusty broomstick, Winnie must dodge Dancing Ghosts, Batty Bats and Silly Skeletons to save Halloween! 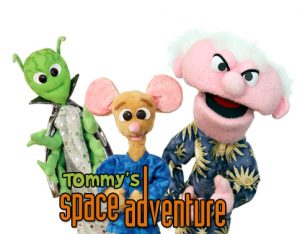 Tommy loves books about outer space and space aliens. His greatest wish is to someday meet a real live space alien. Little did Tommy know his wish was about to come true. Zeenon the Alien travels millions of light years to visit earth and to meet interesting earthlings like Tommy. Mad scientist, Dr. Lost N. Space is also interested in Space Aliens…interested in selling them for millions of dollars! Will Tommy be able to save his new found friend from the evil Dr. Lost N. Space? Find out in “Tommy’s Space Adventure!” 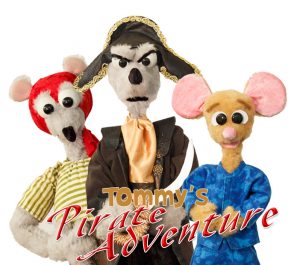 Tommy’s back and he and his dog Fifi are enjoying living on Alligator Island, at least until the pirates show up. Pirate’s X’s and mixed up treasure land Tommy and his dog in big trouble with Barnacle Billy and the evil Captain Rigatoni. Confusion and mayhem lead to fun as Tommy ends up playing pirates for real in “Tommy’s Pirate Adventure.” 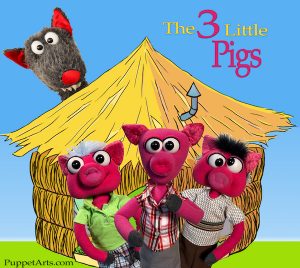 Three pigs strike out on their own looking to have fun and adventures. But first, they must build houses for themselves. Straw, sticks, bricks, and a huffing and puffing Big Bad Wolf add up to hilarity and mayhem in this adaptation of the classic story, “The Three Little Pigs.”

The Boy Who Cried Wolf

An updated zany version of a classic tale. The boy is bored watching his lamb and decides to make things more exciting by turning on his dad’s wolf alarm, the “Wolf Alert 3000.” Tricking his dad is all fun and games until a real wolf shows up. Will the audience help the boy escape from the wolf? Find out in “The Boy Who Cried Wolf.”

The Puppet Art Theater Company performs hundreds of live performances for family audiences each year.  Their shows tour to theaters, festivals, and public events all over California.